5G will be the fifth generation of mobile network, and is expected to dramatically out-do the performance of the current 3G and 4G networks.

5G is expected to be capable of delivering extremely fast data with estimates between 10 – 50 Gbit/s compared with today’s average 4G download speed of 15 Mbit/s. In fact, back in 2013 Samsung tested 5G at 1Gbps and journalists reported that a HD movie could be downloaded in less than 30 seconds. Fast track to 2014 and Samsung set a mobile speed record of 7.5Gb/s in another 5G trail, while estimates predict the speed will reach 10Gb/s, with transfer rates as high as 800Gb/s further down the line, taking your download time of a full length film to around a second! 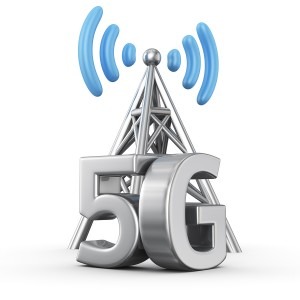 While the use of a very high frequency spectrum, above 6 GHz, could support a variety of uses including financial trading, gaming and entertainment, holographic projections, and the potential to support very high demands users in busy areas such as city centres. It’s also predicted that the new 5G network shouldn’t break, offering you the same reliability that you currently receive from fibre connections.

The 5G network is estimated to be rolled out in 2020, however in South Korea, Samsung is hoping to launch a temporary trail in time for the 2018 Winter Olympic Games, while Huawei is also racing to implement a version for the 2018 World Cup in Moscow, Russia.

Although Korea is likely to be the first country to see a trial of the technology, Europe could be at the front of the queue for any commercial roll out according to Rajeev Suri, the CEO of Nokia Networks who announced  “Korea could be first with 5G, followed by Japan and then the US. However, Europe could leapfrog all of these,” at the Mobile World Congress in 2015. Suri also thinks that 5G will make an appearance before 2020 due to a high level of demand, and predicts there will be significant developments of the new network throughout 2017, 2018 and 2019.