Branching out in the capital, ChargedUp has developed a network of charging stations where, from 50p, users can charge their phones either at a station or on the go with the option to return the charger to another location. The East London-based start up has currently launched in over 40 locations. To locate a ChargedUp station you can download the app that will inform you of the two stations that are nearest, with the first two charges free. You can also claim your first two free charges on the ChargedUp website. 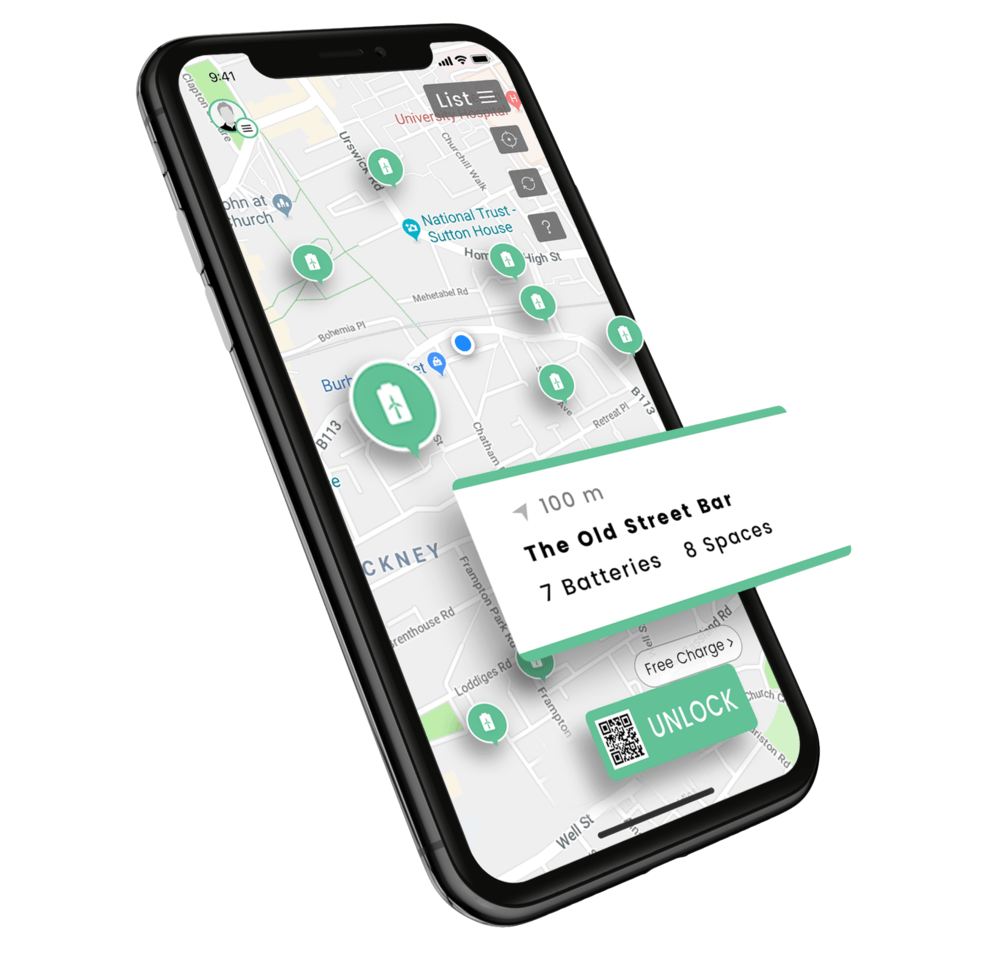 “Battery life has not managed to keep up with the demands we put on our smartphones, and running low part-way through the day is a now common, and very frustrating occurrence. We also wanted to ensure that we had protecting the environment at the heart of the business, which is why all the batteries are charged using green energy from Ecotricity.” Hugo Tilmouth, ChargedUp CEO and founder

The chargers are available for all Android and iOS devices and will cost a maximum of £3 per day to use, with penalties up to £30 if a charger is not returned. The batteries are fully powered by green energy thanks to a partnership with the UK’s largest green energy provider Ecotricity. ChargedUp hopes to have opened 300 stations open by September, finishing with 1,000 at the end of December at a rate of 10 stations per week!