Apple has released it’s third major update on the iOS 8 operating system – iOS 8.3. The latest version offers you a redesigned keyboard – complete with more than 300 new emoji characters. Created in partnership with the Unicode Consortium, the hands, face and bodies of the emoji characters are now available in a variety of six different skin tones to reflect more human diversity. An additional 32 country flags have also been added to the emoji collection, as well as computer, iPhone and even Apple watch emoji’s. 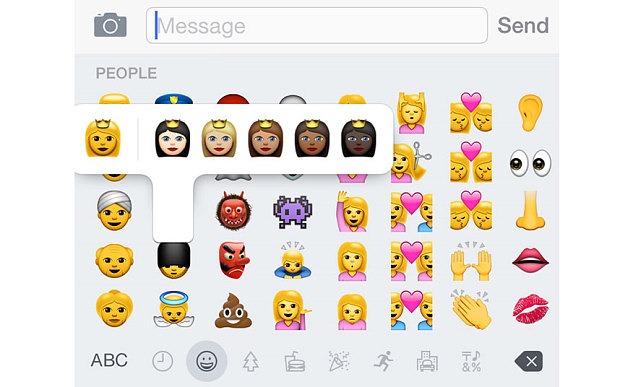 Beyond diverse emojis, the new update also allows iPhone 5c, 5S, 6 and 6 Plus owners to use EE’s WiFi Calling feature. Once activated, the feature uses a Wifi connection to push incoming audio calls and text messages to your phone, allowing you to stay connected in areas with weak or no mobile reception – whether that be in your home, at the office or even on the underground.

Apple’s digital assistant Siri has also been updated to support more languages including: Danish, Dutch, Portuguese, Russian, Swedish, Thai and Turkish. View our post on how to use Apple’s Siri and unveil our top 6 tips to get more from Siri.

iOS 8.3 is currently available for download over air or at the iTunes store. How do I update my Apple software?