O2 has partnered with Arqiva to deploy up to 300 small cells across London, one of the biggest outdoor small cell deployments by O2 in the UK to date!

“The agreement between O2 and Arqiva represents the start of this journey and we look forward to working together to deliver an enhanced experience for O2 customers.” – David Crawford, Managing Director, Telecoms & M2M at Arqiva

The cells will be installed on street assets, such as lampposts, to deliver targeted coverage and increased capacity in areas where mobile data demand is particularly high, for example outside transport hubs and major shopping areas.

Once installed, the cells will provide those of you living and working in some of London’s busiest borough’s  with enhanced mobile data capacity and coverage. These include the Borough of Hammersmith and Fulham, Richmond upon Thames, Wandsworth, Camden and Lambeth, to name a few. Initial sites will be live by this summer, with deployment continuing up to 2020.

In addition to immediate benefits for O2 customers, the partnership lays the foundations for a rapid deployment of 5G connectivity, once available. 5G will be the fifth generation of mobile network and is expected to dramatically out-do the performance of the current 3G and 4G networks. 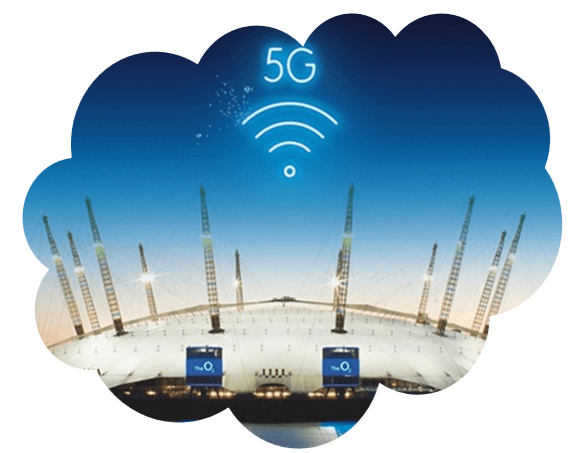 5G is expected to be capable of delivering extremely fast data with estimates between 10 – 50 Gbit/s compared with today’s average 4G download speed of 15 Mbit/s. In fact, back in 2013 Samsung tested 5G at 1Gbps and journalists reported that a HD movie could be downloaded in less than 30 seconds. Fast track to 2014 and Samsung set a mobile speed record of 7.5Gb/s in another 5G trail, while estimates predict the speed will reach 10Gb/s, with transfer rates as high as 800Gb/s further down the line, taking your download time of a full length film to around a second!

Alongside O2 and Arqiva, collaborations between BT and Nokia are taking place as well as Government initiatives, bringing the unveil of the latest generation mobile network closer and closer…