Announced on March 20th 2017, the Xperia L1 is a new ‘mid-range’ phone for Sony’s collection. Featuring a 5.5-inch HD display and 5MP front camera, while its back houses a 13MP primary camera with auto-focus and an LED flash. 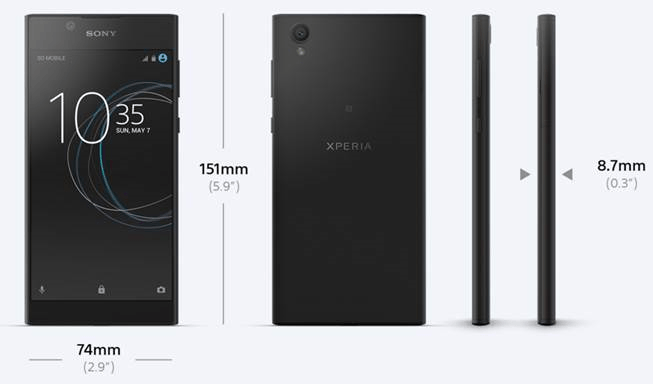 The Xperia L1 runs on a customised version of Android Nougat, you can see the full new features of Android Nougat here, and boasts 16GB of internal storage that can be expanded up to 256GB via the micro SD card slot. A ‘smart cleaner’ feature has also been included, which removes any cached or background data which may slow the performance of the phone.

The new Xperia also features different modes for you to choose from depending on your day. For example, ‘Good night’ mode automatically sets the device to ‘Do not disturb’ and lowers brightness to reduce the chance of disruption when you’re sleeping.

Colours include black, white and pink. The Sony Xperia L1 will be available from the 1st week of June, however UK pricing is yet to be confirmed. For updates on the Sony Xperia L1 please do not hesitate to get in touch with your account manager. You can email sales@cmmtelecoms.co.uk or phone 01252 854352. We are always more than happy to help.