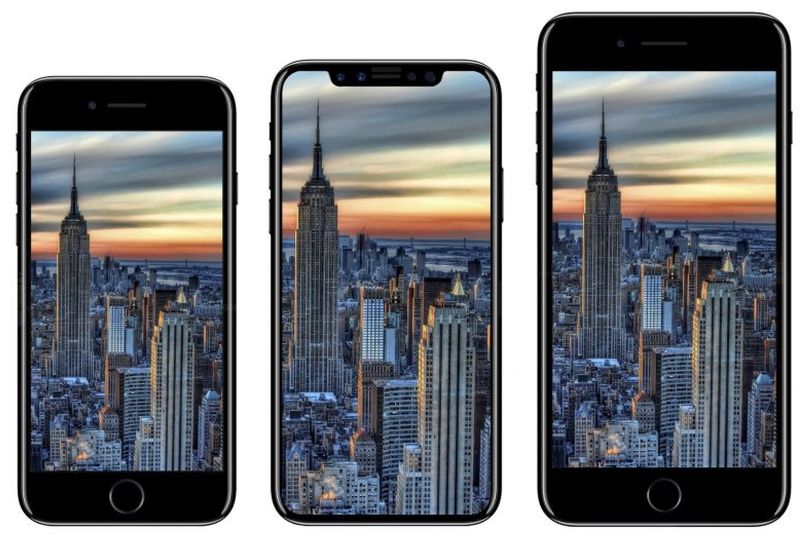 The iPhone 8 is rumoured to showcase the latest smartphone technology. Considering the 10th anniversary of the Apple iPhone is coming up this year, we’re not surprised that Apple has been holding back some major updates and improvements. Whispers suggest a complete re-design with the home button removed and the camera and Touch ID integrated into a new OLED edge-to-edge display. When it comes to the inside, rumours have suggested a faster A11 processor, wireless fast charging and even facial recognition technology. Click here for full rumours.

The 8 is set to be Nokia’s all new flagship device. Expected to feature a metal design with rounded corners and take durability up a notch with 1P68 water and dust protection. But most anticipated is the Nokia 8 camera. Leaks suggest that the new Nokia device will feature a high-end Zeiss dual-camera. Further rumoured specs include a 5.3-inch display (2560 x 1440), a Qualcomm Snapdragon 835 processor, 4GB or 6GB of RAM, 64GB of storage, and dual-SIM models.  Click here for full rumours.

The new Pixels are rumoured to include waterproofing and an improved camera that excels with low-light photography, as well as a curved screen and the Snapdragon 835 processor. The larger Pixel XL2 is set to feature a 5.99″ Quad-HD screen and the smaller Pixel 2 a 4.97″full-HD panel. The new devices will be the first to run on Google’s new Android O operating system. The new OS features multi-windowing mode, autofill (as seen in Chrome but for you apps) and smart text selection (automatically recognises names, addresses and phone numbers so you don’t have to fiddle around with selection handles; it can also suggest a relevant app). You can find out more about the new Android O here

Finally, the Surface Phone is expected to arrive in 2017 with a 5.5in Quad-HD AMOLED display, 4GB of RAM, 64- and 128GB storage options (with microSD support), a 64-bit Intel processor and 21MP rear- and 8MP front cameras. The Surface Phone could also get a Surface Pen and a USB-C port.