According to a recent study, only 9% of consumers use mobile payment when it’s available. Should you be using a mobile wallet? 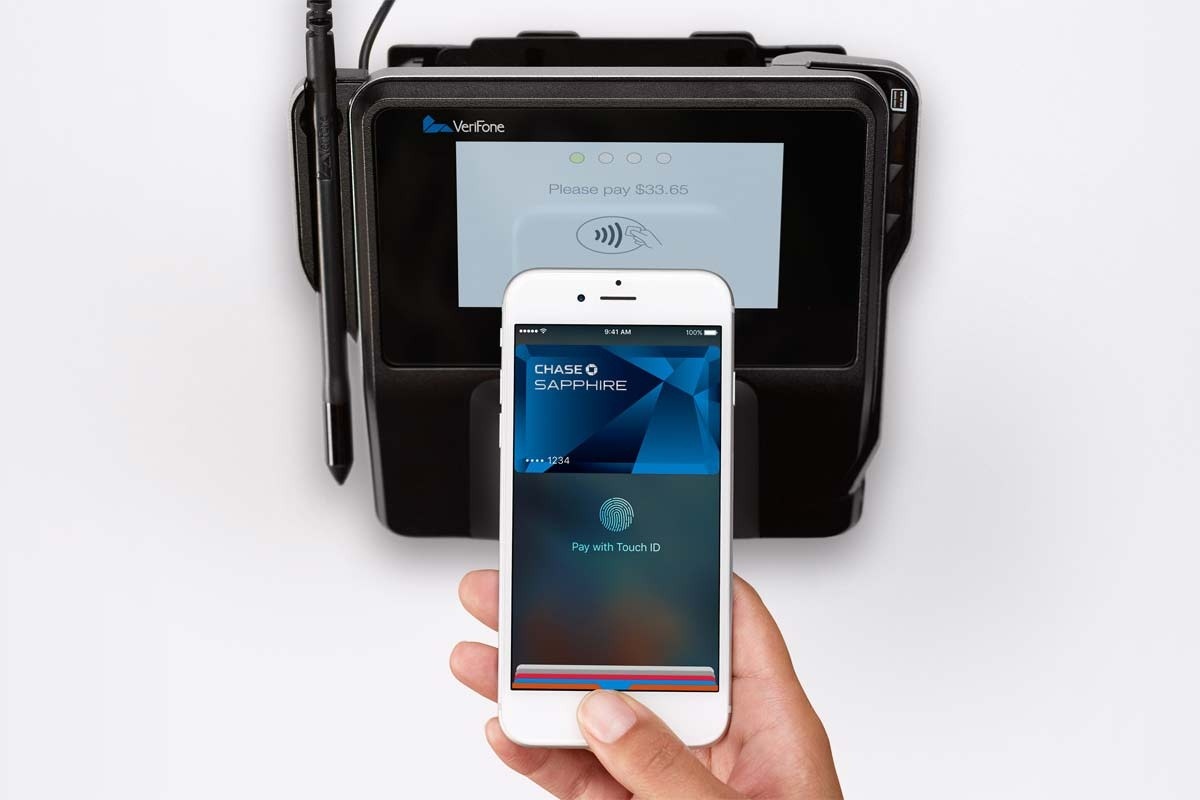 Apple Pay pulls your credit cards, debit cards and other sensitive-payment data from the Wallet app, enabling you to use your Apple iPhone, iPad or Watch as a wallet at store checkouts with NFC technology. To set up Apple Pay, head to Wallet on your iPhone, Settings > Wallet & Apple Pay on your iPad or My Watch > Wallet & Apple Pay for your Apple Watch. Tap Add Credit or Debit Card, if your card is already on file with iTunes, enter the card’s security code. Your bank will then verify your information, and you can start using Apple Pay.

iPhone: There’s no need to open an app or wake your iPhone’s display, you can simply hold your iPhone near a contactless reader with your finger on Touch ID, and a subtle vibration and  beep will confirm you’ve paid correctly. Your fingerprint confirms the payment, or you could enter a passcode if you haven’t setup Touch ID. Once approved, a receipt is recorded in the Wallet app so you can see what you’ve purchased.

Watch: To pay at checkout, double-click the button below the Digital Crown on Watch while also holding the face of Watch near a contactless reader. Similar to Apple Pay for iPhone, a pulse and beep will confirm that your payment information sent.

Apps: Apps currently supporting Apple Pay include Groupon, MLB, OpenTable, Panera, Sephora, Starbucks, Target and Uber, allowing you to select Apple Pay at the checkout when ordering from an app, and pay by placing your finger on Touch ID.

Apple Pay is extremely secure and does not save any of your transaction information or card  numbers on it’s servers. In fact, it has a tokenised back-end infrastructure that makes card payments secure by creating a number or token that replaces your card details. This token is then passed onto the retailer or merchant so even they never have direct access to your card details.

Having Apple Pay set up could add far more stress if your Apple device is lost or stolen. However Apple claims Find My iPhone could be used to put your device in Lost Mode which locks everything, preventing anyone from accessing your content and thus your Apple Pay or Wallet Data. 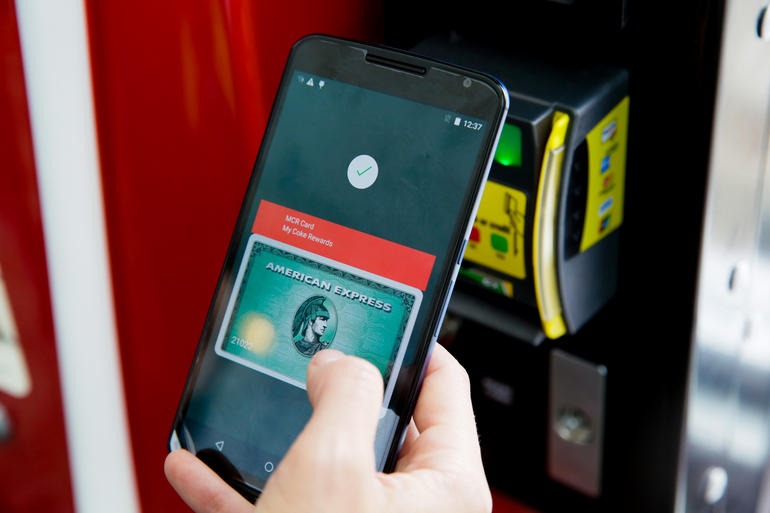 Android Pay is the newer and more secure version of Google Wallet, that will be launched in the UK this summer. With Android Pay you won’t even need to open an app to process a payment. In fact, you’ll be able to tap and go, and then receive the confirmation/transaction details on your phone. Better yet, your loyalty points and offers will be auto-applied at the check out.

When available, you’ll be able to download Android Pay from the Google Play store. Add your credit or debit cards within the app, or if you already have a card in your Google account, you can add it to Android Pay by confirming a few details. Or if you’re adding a new card from any participating bank, you can snap a picture via the app. Once set up is complete, you’ll be able to tap to use Android Pay at any contactless payment terminal.

Android Pay is compatible with NFC enabled smartphones or tablets running Android KitKat 4.4. or above.

Android Pay offers a much larger variety of compatibility with support for Motorola, LG, HTC, Samsung, Nexus and Sony devices.

With an official launch yet to happen, very few apps support Android Pay for in-store purchases at the moment. However, Google has confirmed that apps like Fancy, Deliveroo, Kickstarter, JD Sports and Zara will support in-app payment. 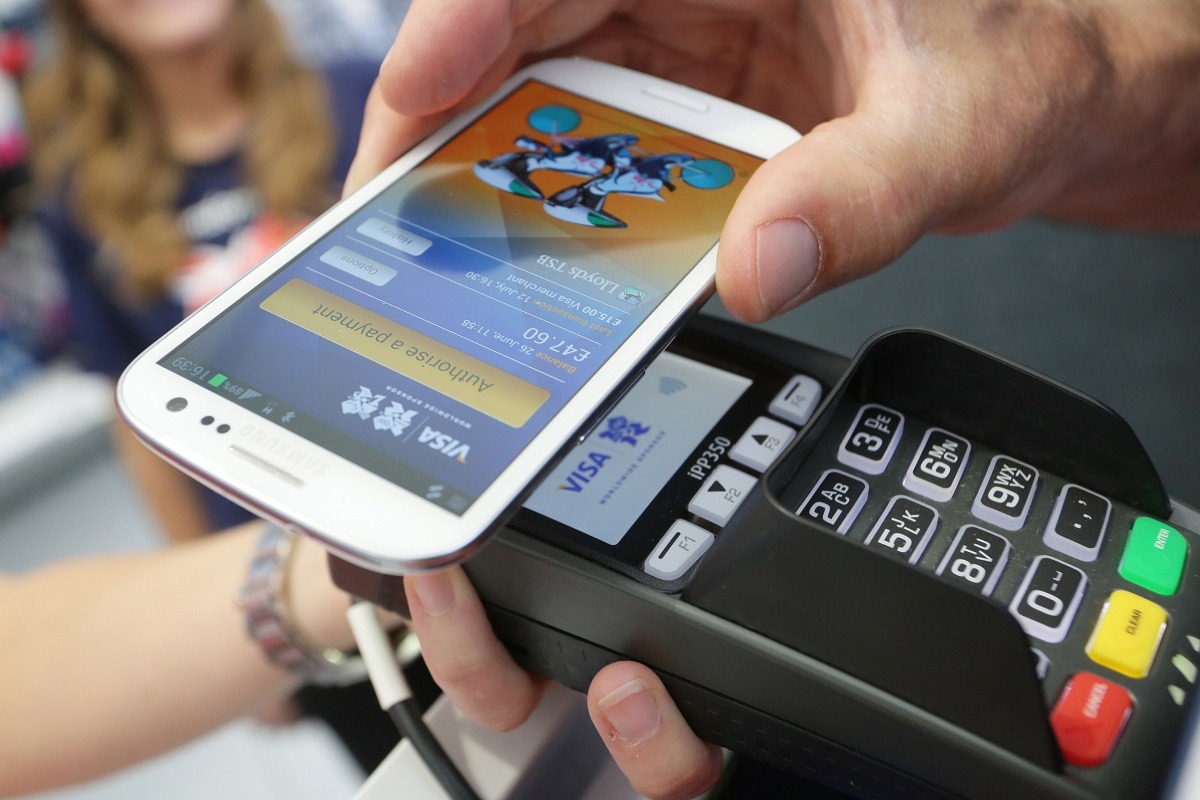 Like Android and Apple Pay, Samsung Pay also supports NFC, however, Samsung Pay also incorporates a technology called ‘magnetic secure transmission’ also known as MST. MST mimics the magnetic stripe of your card which allows you to place your device on top of any card reader for it to work.

To set up Samsung Pay, you simply need to download the free app from the Google Play store, add your credit or debit cards, open the payment app, select a card and tap your device against the terminal to pay.

Thanks to MST technology, Samsung claims it’s Pay system can be used  in over 30 million places, compared to the million or so NFC-enabled payment terminals.

However, the widespread compatibility is limited as MST will not work if you have to insert your card as the signal will not be strong enough. Samsung Pay is also limited to Samsung devices.