The smartphone industry is heavily dominated by huge corporations. Unfortunately, the big players such as  Nokia – Finland, Samsung – South Korean, Apple – USA, and HTC – Taiwan, leave little room for smaller companies to break through such high barriers to entry. In fact, many of you have probably never considered opting for a smartphone from a lesser-know, Chinese Company. But lately, it looks like the Chinese are getting it right – seriously right. Offering smartphones with major value for money. In a recent post, we discussed the Find 7 Smartphone by the Chinese Company Oppo. The Find 7 easily rivals the latest flagship models from Samsung and HTC, such as the Galaxy S5 and HTC M8 – but nears half the price.

And now we’ve found another diamond.

Introducing the OnePlus One – the smartphone that may just rival the Samsung Galaxy S5. The OnePlus One, like the Find 7 by Oppo, offers outrageous value for money. 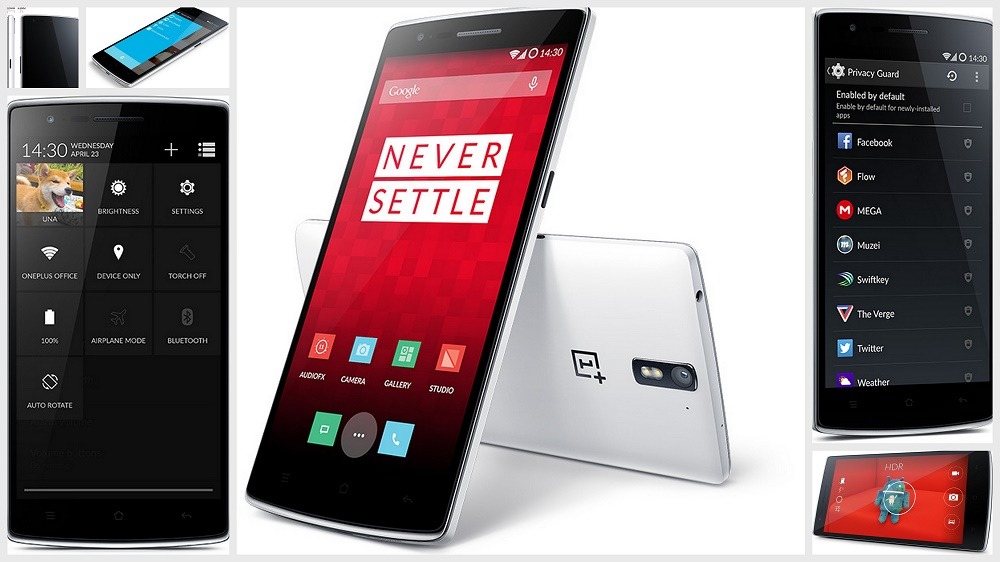 When it comes to the specs, the OnePlus One is right on point.

The OnePlus One features a rather large 5.5″ Full HD Screen with a 1920 x 1080 pixel resolution – and a pixel resolution identical to the Samsung Galaxy S5. The display, once again like the S5, is protected with Corning Gorilla Glass 3. When it comes to the inside, the OnePlus One is fitted with the Qualcomm Snadgragon 801 processor, and offers the same 2.5GHz quad-core speeds as guess which model? You got it. The S5. The Qualcomm Snapdragon processor completely enhances the OnePlus One’s operational capacity and performance, giving high-level speed and efficiency. Better yet, the OnePlus One features custom Krait CPU architecture for sustained peak performance, integrated 4G LTE connectivity and Adreno 330 GPU for superior graphics and gaming, boosting 3D interfaces, colours and textures. When it comes to the operating system, the OnePlus One features CyanogenMod 11S, based on Android 4.4. CyanogenMod 11S is designed to allow you to mould your mobile domain. Choose your quiet hours, enhance your home screen, configure your quick setting panels and more. You’re in control.

So why is this phone over half the price?

The specs continue to impress with a rather special 13 megapixel rear camera, and 5 megapixel front camera. The rear camera boasts 6 physical lenses, giving you more precise and detailed images without suffering distortion often caused by lower apertures. While the front camera features an extra-wide 80º viewing angle so you can finally get everybody in the group selfie. Further features include Mira Cast and NFC Technology.

Granted the OnePlus One lacks a heart rate monitor, and dust and water resistance amongst other features, but for those of you looking for a great smartphone with a little price tag, the OnePlus One is definitely worth considering.

Our criticism? We’re all for value for money. But when it comes to buying, the process seems over-complicated. OnePlus decided to cut out all the middlemen – from distributors, to retailers, and advertisers. So, in order to purchase the OnePlus One, you have to have received an invite from a previous buyer (or win in a competition/promotional event) – as each buyer receives invites to give out to friends and family. Once you have your email invite, you can claim it via the unique link. You are then directed to the OnePlus Site, where you can either log in or sign up to claim. Once approved, you can finally make a purchase. It’s safe to say, the OnePlus One falls on a thin line between exclusivity and inconvenience.

Besides the slightly timely process of getting your hands on the One Plus, it’s still a fantastic device. Though, it may be a while until the OnePlus One is able to break into the mainstream markets in the west, particularly without the luxury of huge marketing machines and wide carrier support. Sadly, many people may never know these bargain smartphones exist.

But, you can help. Spread the word with a share.