Build your very own smartphone with Project Ara
Project Ara is a code name for an initiative by Google. The aim of the project is to develop a free, open hardware platform for creating highly modular smartphones. The platform will include a structural frame that holds smartphone modules of your choice. Like lego pieces, you can build your very own smartphone. Constantly on the move? Wack in an extra battery. Can’t commit to a touch-screen? Put in a keyboard. Better yet, once you have designed your custom-made smartphone, you can swap out a module if you wish. For example, if a piece stopped functioning or an upgraded version became available, such as an improved camera, you could simply swap the specific part, rather than the whole device. This would significantly extend the lifetime of your handset, and thus your initial spend. And for the eco-conscious, this platform will also potentially reduce electronic waste. 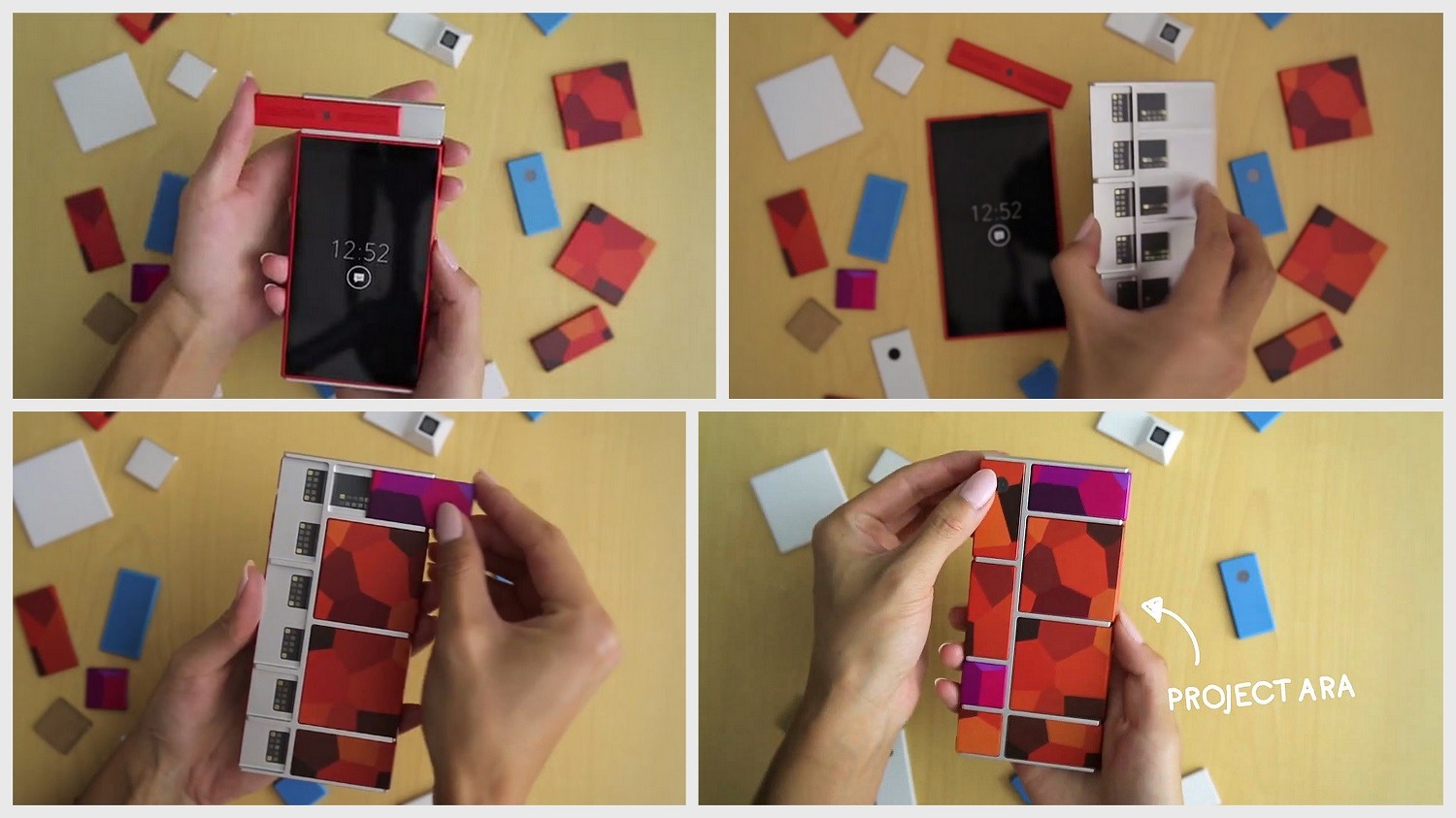 Why is Google pushing Project Ara?
Currently, smartphone manufacturers include Apple, Samsung, HTC, Nokia, Sony, LG and of course, Google. Yet the number is still limited. With these big players, it’s hard for the little guys to break into the market and show you what they have to offer. Google wants to change this. With Project Ara, the barrier for entry would be lowered. In essence, there could be “hundreds of thousands of developers” instead of the current handful. Anyone will be able to build a module without requiring a license or paying a fee. Project Ara will give the techie genius’s out there a chance, even if they don’t have a bucket load of money behind them. You never know, someone out there could be waiting for their chance to bring you something really special. Maybe even something, revolutionary. With Project Ara, they’ll be able to.

Tell me more about the phone
The frame discussed previously, will be the only component in an Ara phone made by Google. The modules will be inserted into this metal endoskeletal frame known as “endos”. There will be two frame sizes available at first: a “mini” frame, about the size of a Nokia 3310, and a “medium” frame, about the size of a LG Nexus 5. In the future, a larger frame, around the size of a Samsung Galaxy Note 3 will be available. Each frame is expected to cost around $15 (That’s around £9!). The frames will have slots on the front for the display, and other modules. While the back will have slots for additional modules. 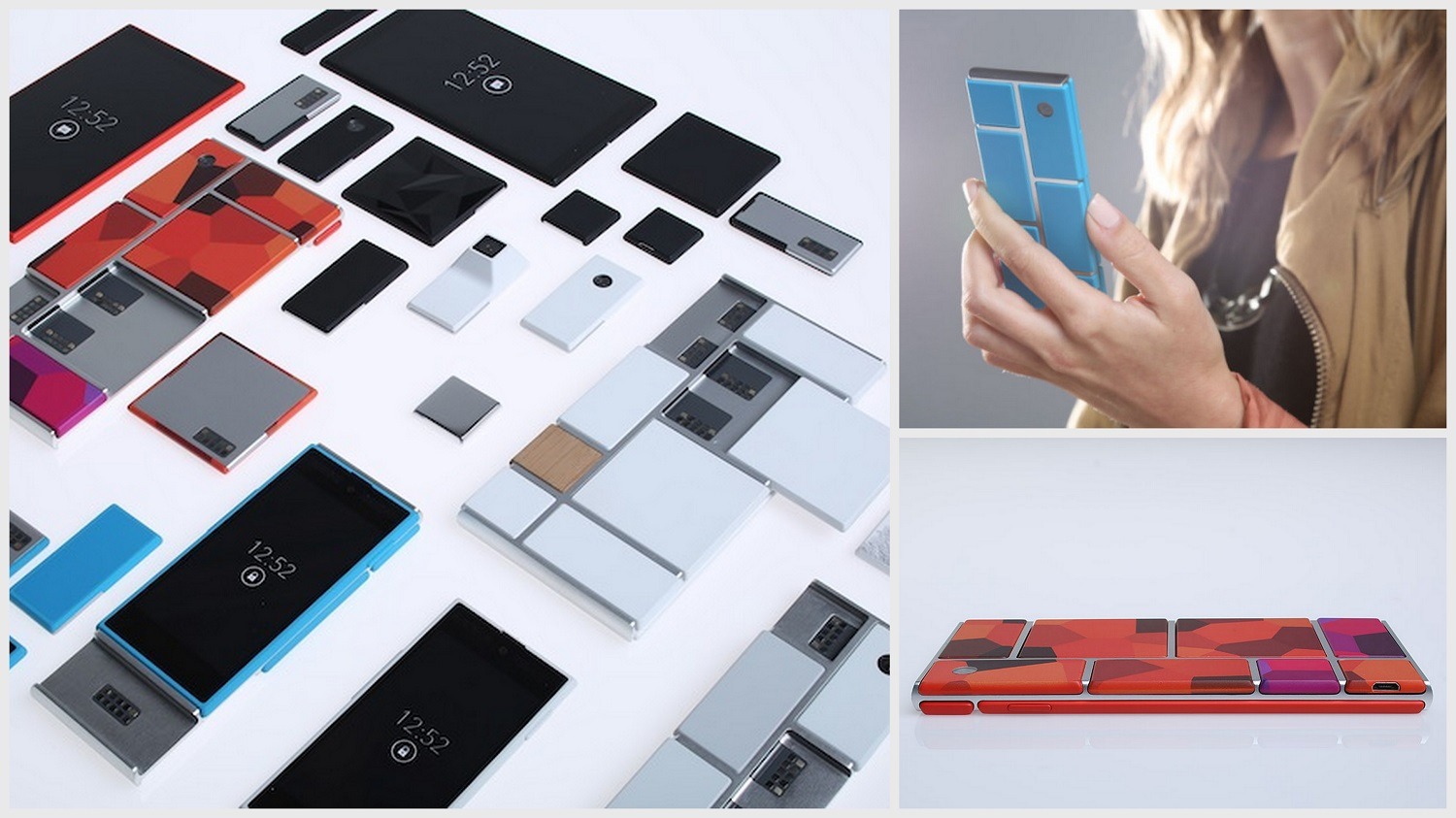 What are the “modules”?
Modules will be common smartphone features, such as cameras and speakers. But, they may also provide more specialised features, such as medical devices, receipt printers, laser points, night vision sensors, projectors, and even game controller buttons. The list is endless. These modules are then secured with electro permanent magnets. The enclosures of the modules will be 3D printed, so that you can design your own individual enclosure and replace them if you want. So, where will you go to get your modules? Modules will be available at the official Google store and at third-party stores. Ara phones will only accept official modules by default, but users can change a software setting to enable unofficial modules. This is similar to how Android handles app installation.

I remember PhoneBloks? What’s the difference?
Some of you may remember our post on PhoneBloks. PhoneBloks spread the need for a modular phone with their YouTube video. Initially, Project Ara and PhoneBloks worked independently of each other. Ara started out as a project by the Google Motorola team ATAP, to design and implement the modular phone. While PhoneBloks is a initiative by Dave Hakkens, to increase community awareness about the need for a modular phone. However, once the PhoneBlok video went viral with millions of views, the ARA team took note of PhoneBlocks and the two started working together, with Dave Hakkens taking videos of the ARA Project and uploading them to YouTube.

Down to business:
Price: Google intends to sell a starter kit where the bill of materials is $50 (around £30) and will include a frame, display, battery, low-end CPU and WiFi. You can then add on your chosen modules.

Release Date: The first model is scheduled to be released in January 2015.

Google says the phone is designed to be used by a whopping “six billion people”.

Will you be one of them?