Following technical delays, the South Korean manufacturing giant, Samsung, has announced the re-launch of the Galaxy Fold. The new device was initially claimed to withstand hundreds of thousands of folds, yet received reports of breaks, bulges and blinking screens.

Following a recall of the devices, Samsung has undertaken rigorous testing and finalised improvements. The top layer of the 4.6″ Infinity Flex Display has received added protection and strength, extended beyond the bezel, while the top and bottom of the hinge area have new protective caps. Despite initial setbacks, the Galaxy Fold remains a truly innovative device. The Fold display opens like a book to reveal a larger 7.3″ display, without visible lines or crinkles and is available in both 4G and 5G versions. 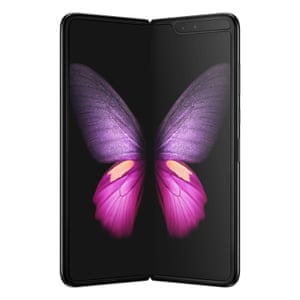 The new device is limited to those using the EE network, however, to sweeten up the deal, the new device comes with a whopping 12GB of RAM and 512GB storage, making it one of the most powerful smartphones on the market to date. It also has six cameras: three on the back, two on the big screen and one on the front screen for selfies when the phone is closed.

Most beneficially, you’ll be able to watch movies, play games, complete your presentations and more, on a far larger display than ever before on a smartphone device, while being able to fold away for optimum convenience.

Apps that are running on the smaller 4.6″ cover display will automatically convert to fit to the larger display once unfolded. Furthermore, you’ll be able to run up to three applications side-by-side with the new “multi-active window” feature. Most notably, the Galaxy Fold is able to provide flagship specs and the latest trend in innovative smartphone designs.

In the UK, EE will be the exclusive operator partner for the Samsung Galaxy Fold. You’ll be able to get your hands on the device this September with an expected RRP from £1,799.