Samsung is due to show case their new augmented and virtual reality projects at the Mobile World Congress in Barcelona, later this month, including a smart aid for the visually impaired. The aid also know as ‘Relúmĭno’, will help the visually impaired to watch TV without the need for expensive visual aids. 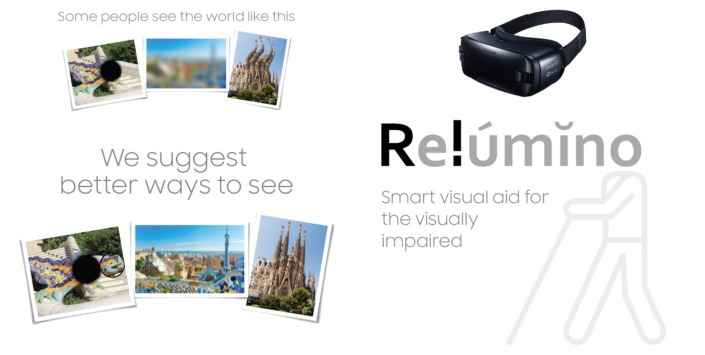 It works alongside Samsung’s Gear Virtual Reality headset and a mobile app, to enable users to read books and watch TV with better clarity. The app inserts into the Gear VR which enhances the quality of visuals and even text on screen. Blind spots can also be remapped by displacing images and distorted images caused by metamorphosia can be corrected using an Amlser grid.

Alongside Relúmĭno, Samsung is also expected to unveil Monitorless – a pair of glasses that supports both AR and VR, VuildUs – an app that allows you to what furniture looks like in the house before you buy it and finally traVRer –  a 360-degree platform that will let you “experience realistic virtual travel before and after a real-life trip”.

Watch this space for more.