Which operating system is best for business?

With so many models on the market, choosing the right smartphone for your employees can prove a difficult, and somewhat overwhelming task. To narrow down the choice, we recommend firstly finding out which operating system is best for your business.

Apple’s iPhone’s run on iOS, the mobile operating system developed specifically by Apple. The Apple iOS is known to be a very ‘closed’ operating system. For example, if an app is developed and Apple doesn’t like it, it won’t be getting onto the iPhone. In principle, this makes the Apple operating system one of the most secure, and thus beneficial to your business’s mobile security. However the high level of control in the Apple environment can also mean a lack of freedom, as the operating system locks you into the Apple world – from iTunes for your music to iCloud for your back-ups. The Apple devices also come at a premium price, however those running iOS 5 or later carry the benefit of ‘iMessages’, a way to message between iPhones without any SMS charge, giving your business a cost-effective way to communicate. 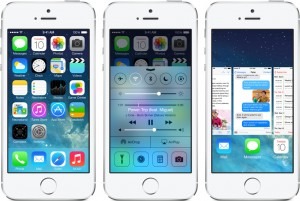 Android comes from the search engine giant Google. Unlike Apple, Google has allowed many phone companies to license it’s operating system, so you’ll find the Android OS in brands such as HTC, Samsung and Sony, amongst many others. This carries both a benefit and a weakness – the openness has meant that many of the large phone companies have tweaked the basic system, so you may experience a slightly different version dependent on the brand you choose. The openness has also heightened the level of competition. With so many android phones to compete against one another, most android models will come at a cheaper price tag than the Apple devices, or pack some stand-out features such as the waterproof Sony Xperia Z1, ideal for a plumbing company, or the big and beautiful screens from Samsung, great for those in creative industries. The android home-screens are typically made up of app icons and widgets that automatically update – highly useful for your business calender and emails.  The home-screens are also often made up of several pages allowing the user to fully customise the applications they prioritise for quick access on the go. 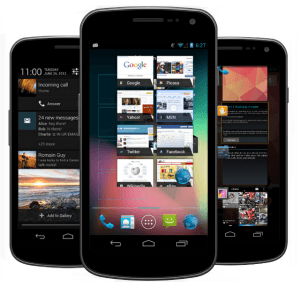 Although Blackberry hasn’t been in the limelight recently, it’s models are extremely useful for business users. For example, features include ‘work-life balance’. Work-life balance lets you securely separate any of your work content from your personal content, almost giving you two devices in one and removing worry for your IT department and your private employees. The BB devices also provide their own email and messaging infrastructure – removing another pressure from your business. Beyond nifty features, the Blackberry models carry security and reliability as their biggest selling points – which quite rightly is crucial for business. However, the Blackberry apps are lacking in variety, and when compared to the app stores in Android and Apple models, there isn’t much competition. 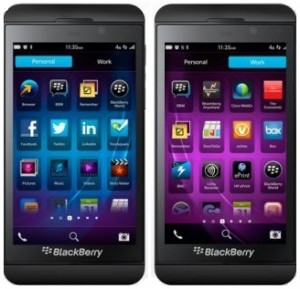 Finally, we have the Windows operating system from Microsoft. Windows 8 offers a personal experience. For example, the ‘live tiles’ feature lets you customise your home screen, pinning the apps you choose to Start. You can even set the size for each app, making it twice the width of a standard tile, or a tiny quarter-size tile – useful for example if you wanted to see the full details of your next appointment. The Windows 8 operating system also includes nifty contact features, showing the latest social interactions for each individual. So you could see your employees/customers/prospects latest tweets, Facebook posts and LinkedIn announcements in one place, with the push of a button. Another large benefit has to be the built-in Office apps, allowing your employees to work on the go with familiar applications such as Word or Excel. However, the Windows operating system does have a unique look and may not be to everyone’s taste, and it’s safe to say it’s not yet as established as Android or Apple’s iOS. 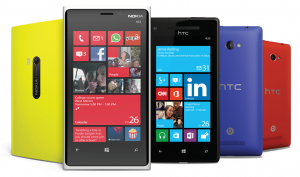 3 thoughts on “Which operating system is best for business?”