Up to 2.5 Million Live World Cup Streams Expected at any one time on a Single Network 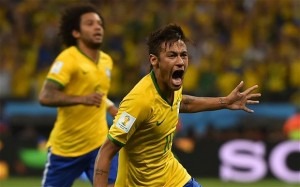 The World Cup is off to a flying start with a win from Brazil! And it’s going more digital than ever. Akamai, an Internet content delivery network, says it is expecting to handle up to 2.5 million live content streams at any one time across its network. This compares to 1.6 million during the 2010 World Cup. And that’s just one network. Data usage is huge, with events like the World Cup pushing this figure further.

“Unwary England fans who opt out of data limits set by their network providers, could face unexpected bills running into hundreds of pounds”

In fact, from the BBC this morning: ‘Brazilian telecoms company Oi, an official Fifa partner, has been furiously gearing up for the tournament. “The implementation and expansion of our wi-fi network has been rapidly accelerated in the last few months,” a spokesperson told the BBC. “We’ve grown from 78,000 hotspots in April to more than 700,000 now – the largest network in Brazil.” It has also increased the coverage and capacity of its 2G, 3G and 4G mobile networks at key points throughout the tournament cities.

That will be welcome news for visiting fans wanting uninterrupted, high-speed access to their content. But they should be wary about the cost of all this streaming content and interactivity. With every 1MB of data costing about £5 in Brazil, unwary England fans who opt out of data limits set by their network providers, could face unexpected bills running into hundreds of pounds over the tournament, price comparison service Uswitch warns.’

Beyond the costs for you as a consumer, events like the World Cup can seriously affect your business mobile data costs, due to the increase in online streaming, betting and live update checks. Unless measures are put into play. We highly recommend your business implements the Mobile Data Gateway, the solution that joins the flow of mobile data and sits between your employee devices and the Internet, offering substantial savings through data compression and content capping. An essential tool for business in the digital age, with the need highlighted further by the World Cup, pushing your football fanatic employees online, where they may undergo very costly activities.