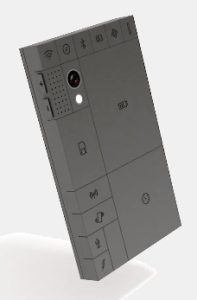 Currently the support for a phone that could last forever has reached 950,653. This phone is called Phoneblok.

The creator, Dave Hakkens, believes Phoneblok will be THE ‘phone worth keeping’. Phones only last a couple of years before they break or become ‘out of date’. The issue is, most of the time just one part of the phone is faulty, but once your model is ‘old’ it can become really difficult to get a repair or replacement parts so you are forced to throw it away. 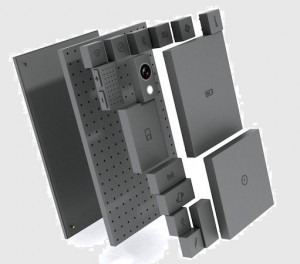 Apparently Phoneblok is the solution: Phoneblok is a phone made out of detachable ‘bloks’. The bloks are connected to the base which locks everything together into a solid phone.

If a blok breaks you can easily replace it; and if it’s getting old you can upgrade it. A ‘Blokstore’ will be created, like an app store but for hardware. In the store you can buy your bloks, read reviews and sell your old bloks. The creator wants small and big companies to develop and sell their bloks. The dream is that you could buy a pre-assembled phone or even assemble it yourself by selecting the brands you want to support.

So, if you were looking for a camera blok. You could choose the brand you like, the sharp Nikon, the fast Canon or maybe you’d support a startup company? A huge positive of the phone blok is that the choice is yours. You could therefore create your dream phone, combined with all your favourite brands. The bloks could be developed for specific needs. For example you could incorporate solar powered batteries if your all for being eco-friendly, or a sensitive screen for blind people, a lightweight design for travelers and so on.

Clearly the idea has it’s advantage; you could keep any accessories such as docks, covers or cables, you could personalise your phone to your own individual needs and support small companies or your favourite brands.

But, do you really want a phone that could last forever? Is there not something very exciting, about getting a shiny new phone? Something rather thrilling about the await of a model? If Phonebloks are created, where will brand power go? Although the idea of mixing and matching is appealing, I think secretly we all enjoy picking sides. Whether we are Apple fans, swear by Nokia’s battery or would never walk away from Samsung, we all slightly enjoy competing don’t we?

The creator even plans for the platform to be adapted into other sizes to create new devices like tablets, cameras and so on. But, will the brands ever agree? Will Nokia share it’s battery? Will Nikon share it’s camera? Will these brands even consider the idea? After all, they’d practically be handing over their unique selling points.

How can you show support or find out more? Well Phoneblok is gaining attention from Thunderclap – the first crowd-speaking platform that helps people be heard by saying something together. If you like an idea placed on Thunderclap, you can ‘support it’. If enough people choose to support the idea or concept, Thunderclap will blast out a timed Facebook Post or Tweet from all the supporters, creating a wave of attention. The idea is, if you create enough attention, people will notice and in this case, brands may have to listen.

Who uses it? Well, for starts many passionate individuals with a message to share, to organizations such as The White House and the United Nations.

Will you join the Thunderclap?