According to research by RescueTime, the average smartphone user spends 3 hours and 15 minutes on their device every, single day.  This figure equates to nearly 1,187 hours each year, so choosing your digital companion shouldn't be taken lightly.  But where do you start?

Comparing individual specifications can be an overwhelming and time-consuming task.  To narrow down your choices, it's best to get cracking with the heart of your future device.

The operating system is the most important software in any smartphone because it shapes which apps you can use, what your experience will be like, what price you'll pay, and more.

In this post, you'll learn about the pros and cons of the two main players - Apple's iOS and Google's Android, so you can get one step closer to finding the smartphone that's best for you.

The Apple iOS is notorious for its 'closed' operating system. This means Apple has complete control over the applications that iOS users can download and use on their Apple devices.

Benefits of a closed system

In principle, this makes iOS one of the most secure operating systems on the market.  Knowing each app has been vetted also provides some reassurance that your corporate devices will be used ethically, and that your apps and hardware will gel perfectly together.

On the other hand, Apple's widespread control limits your freedom.  Restricted apps include video game emulators, BitTorrent clients (a communication protocol for peer-to-peer file sharing), and any apps considered to be controversial (again, not necessarily a bad thing).

Overcoming the downfalls of a closed system

The constraints of Apple's closed operating system can be overcome by 'jailbreaking' your iOS device.  Jailbreaking means 'hackers' change your device's software to remove Apple's restrictions.  This is beneficial if you're desperate to customise your iPhone and keen to switch up your default applications.

But once you jailbreak, there's no going back.  You won't be able to install iOS updates at the time they're released because you'll have to wait for hackers to find another loop hole in Apple's increasingly secure iOS.

So, if you're considering jailbreaking, keep in mind that it's a long-term decision that the Android OS wouldn't have you making.  It's also worth mentioning that the new iOS update coming this autumn will allow you to customise your iPhone in more ways than ever before.

What updates are available in iOS 14?

The latest Apple operating system - iOS 14 is due for launch this Autumn 2020.

Apple has taken a leaf out of Android's book

Although Apple has previously left a lot to be desired when it comes to customisation, the new iOS 14 update will give you the option to personalise your home-screen widgets.

You'll be able to choose from different sizes and arrange your widgets however you like, just like the Android operating system. 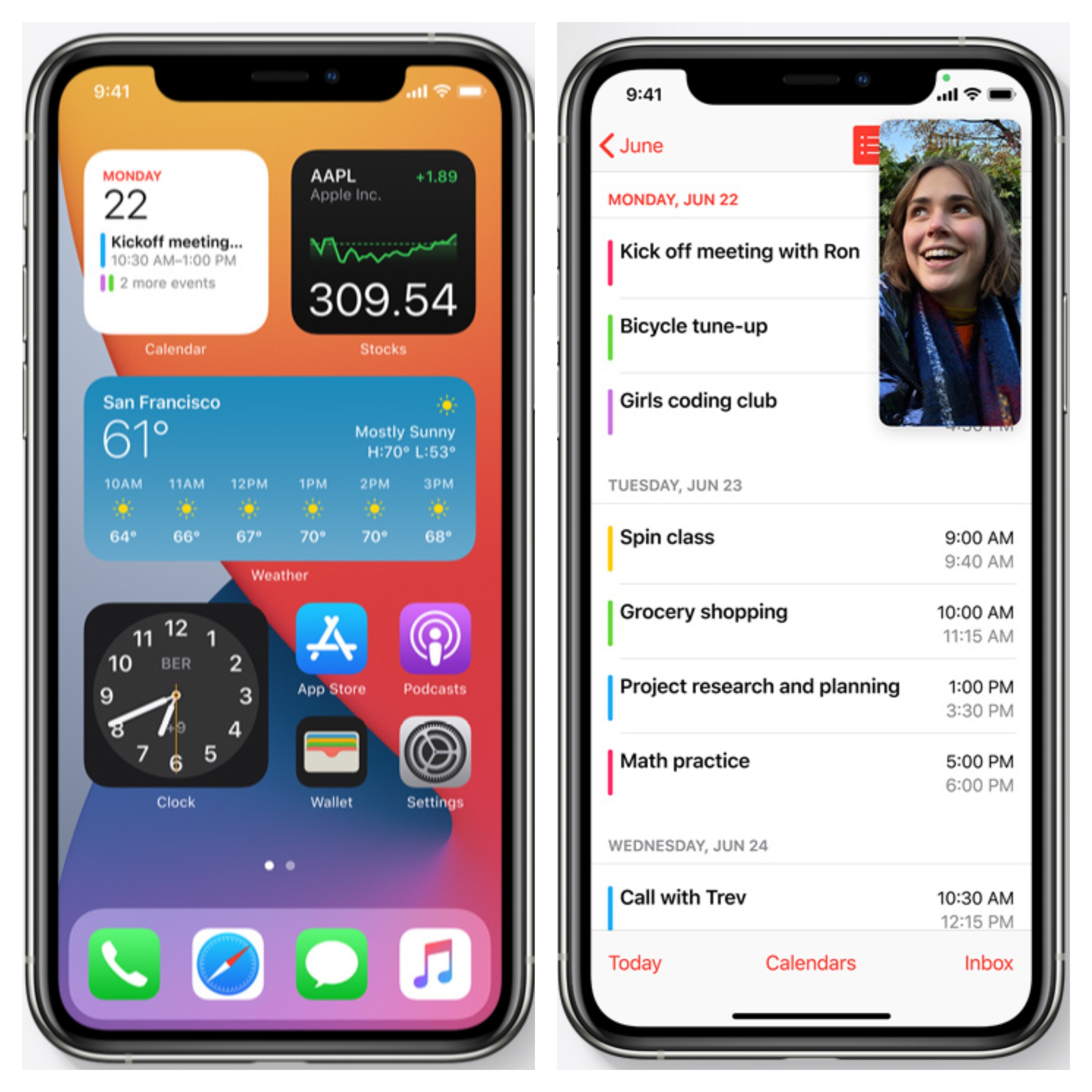 Following in Android's techsteps, you'll also be able to multitask with 'picture-in-picture' while you use another app. 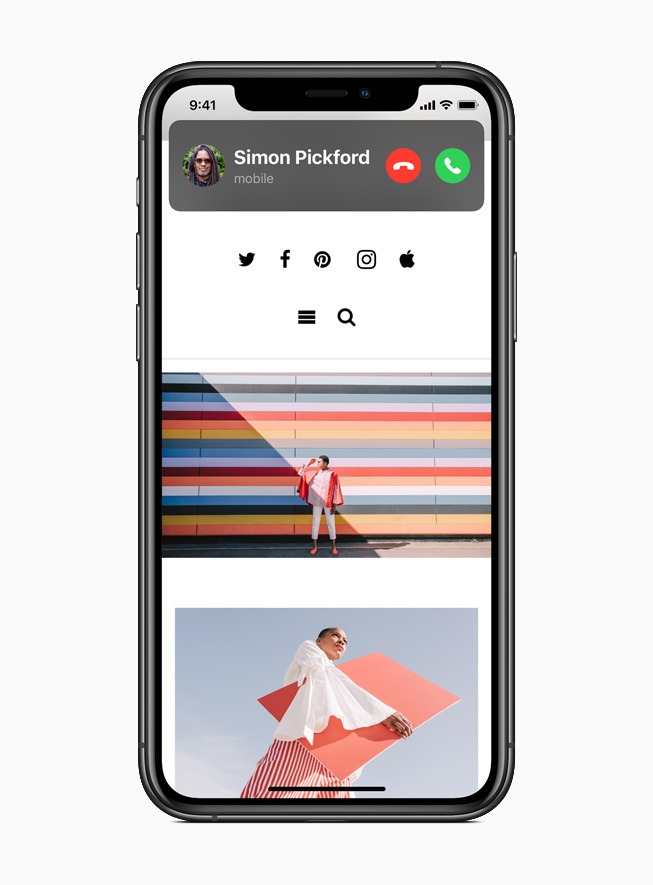 Fed up with waiting for your iPhone to stop ringing so you can use it? Incoming calls will form as 'drop-boxes' rather than full-screen takeovers. 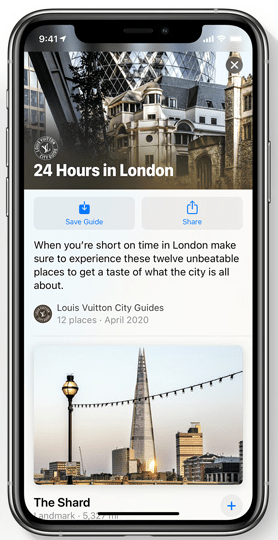 Travel guides in your pocket

The new 'Guides' function will show great places around the world to eat, shop, and explore, so you always have the latest recommendations.

For the full list of updates, you can see Apple's official iOS 14 preview here.

While Apple is closed, Android is open

Unlike Apple, Google's Android operating system is partially 'open'.  This extends not only to the app store, but across phone companies.  Google has licensed it's Android OS to the likes of HTC, Samsung and Sony, amongst many others.

These third-party brands tend to tweak the Android OS, so you may experience a slightly different version dependent on the device you use.  This inconsistency, however, has its pay offs.

Accordingly, most Android models will come at a cheaper price tag than the Apple devices, or pack some stand-out features.  This makes Android a more budget-friendly option and an ideal choice for niche industries.

In 2016, for example, the Android device CAT S60 launched the World's first thermal imaging smartphone - robust enough to survive any job site.  While the Samsung XCover Pro has been designed with frontline workers explicitly in mind - making it a chic, lightweight solution that is packed with customer-facing settings, yet rugged-enough to survive the most challenging environments.

Android is also easy to customise, from your home-screen to your keyboard choice.  You can even mimick the iOS screen if you're an ex-iPhone user having second thoughts.

The downfalls of an open system
Although the variety of Android devices available is a huge plus if you're searching for stellar features or a budget-friendly choice, it can also mean a delay in, or absence of, operating system updates.

Google-owned handsets such as the Nexus or Pixel devices receive updates immediately, but other device updates tend to be delayed by months at a time - if ever.

Much to the disappointment of new Android users, this happens because Google can't release a single version of Android that will work with the vast alternations different manfacturers have made to the OS to 'make it their own'.

Consequently, those that like to be ahead of cutting-edge features and technology are best suited to Google-owned or Apple devices.

What updates are available in Android 10?

The latest version of Android was released in October, 2019.  The new operating system was modified in line with various innovations including 5G connectivity, gesture navigation, Face ID authentication and support for folded screens. 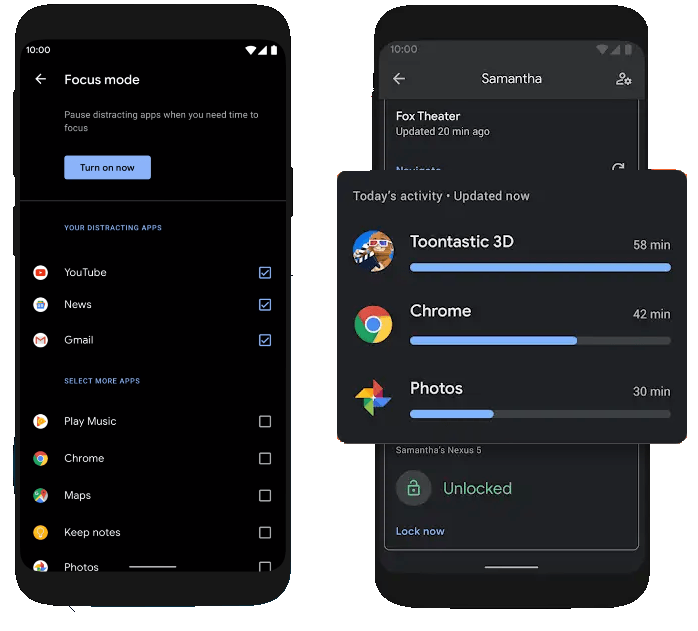 Bearing similarity to Apple’s ‘Screen Time’, Android 10 brings its own version named ‘Digital well-being’. Digital well-being gives you a range of options to manage your screen time in a healthy way. 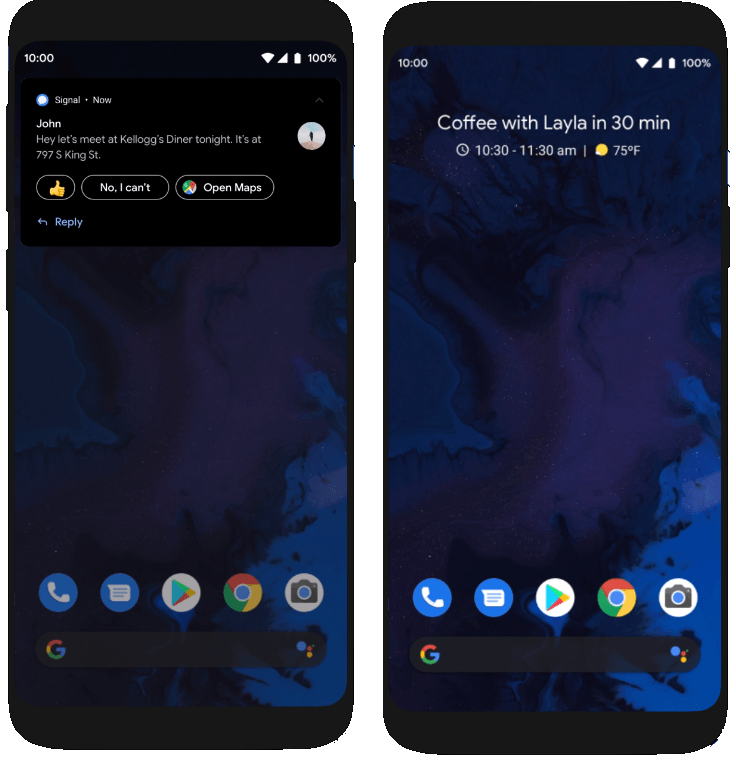 You can filter app permissions to quickly see which apps you’ve given access to your location, microphone, camera, and more. The new overview also means you can easily toggle off or on individual apps. 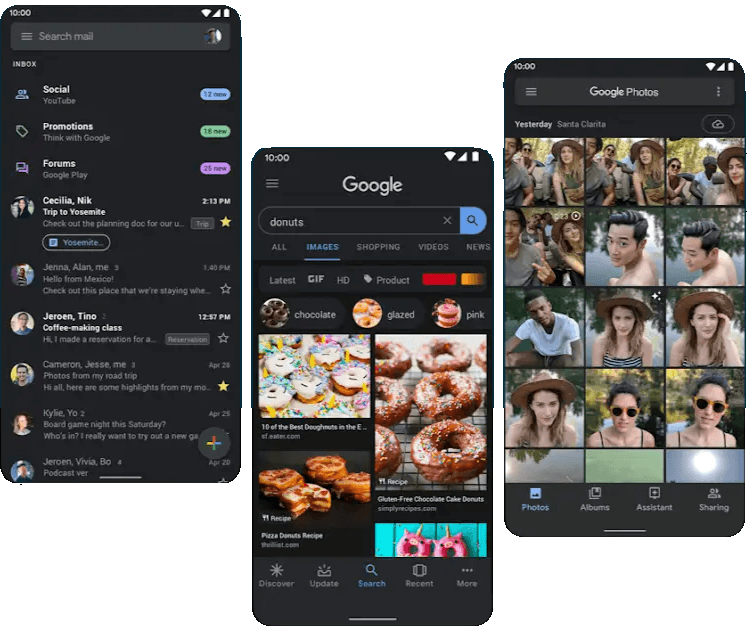 Android 10 brings a system-wide dark mode, otherwise known as ‘Dark Theme’. The new Dark Theme can save battery life on devices with AMOLED displays, or simply provide you with a new look.

Other points to consider 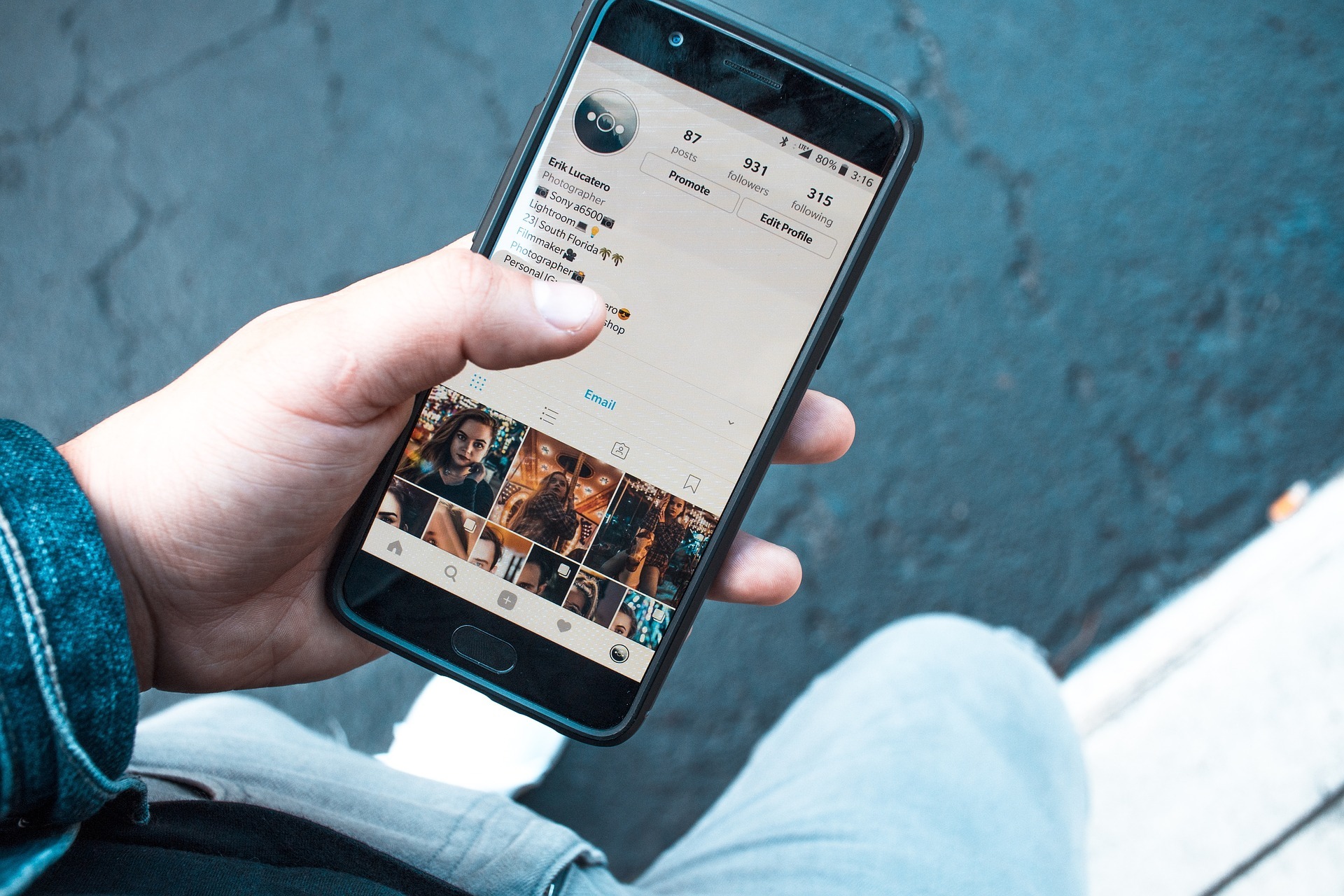 Is your online presence already established?

Your current, 'go-to' applications can direct you to the logical choice.

If you're a frequent user of Google's Suite Applications such as Gmail, Google Calendar, and Google Play Music - it makes sense to get an Android device.  Likewise, iCloud users and Apple Watch wearers will be able to easily integrate their existing devices and applications with an iOS device.  Sticking with a familar eco-system will also eliminate any unnecessary learning curves. 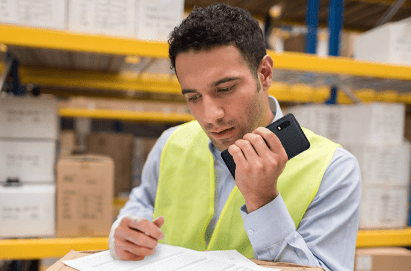 Do you know what you want from your smartphone?

The purpose(s) you want to fufil on your device can give you the answer.

Apple iPhones are sleek, secure and uncluttered.  While Android phones are varied, customisable and often designed for different industries.  Creatives would love the Huawei camera, while tradesmen may sway towards the heavy-duty CAT phone.  Find your goal and the choice is clear.