The brand new, cutting edge Samsung Galaxy S5 has officially been released in four fancy colours: Copper Gold, Electric Blue, Charcoal Black, and Shimmering White. This is really exciting news, but the question remains: Is the S5 that much better than it’s younger sibling, the S4, and most importantly is it worth the jump in £££? Or should you be getting your hands on the latest S4 deals being thrown out by the large networks? 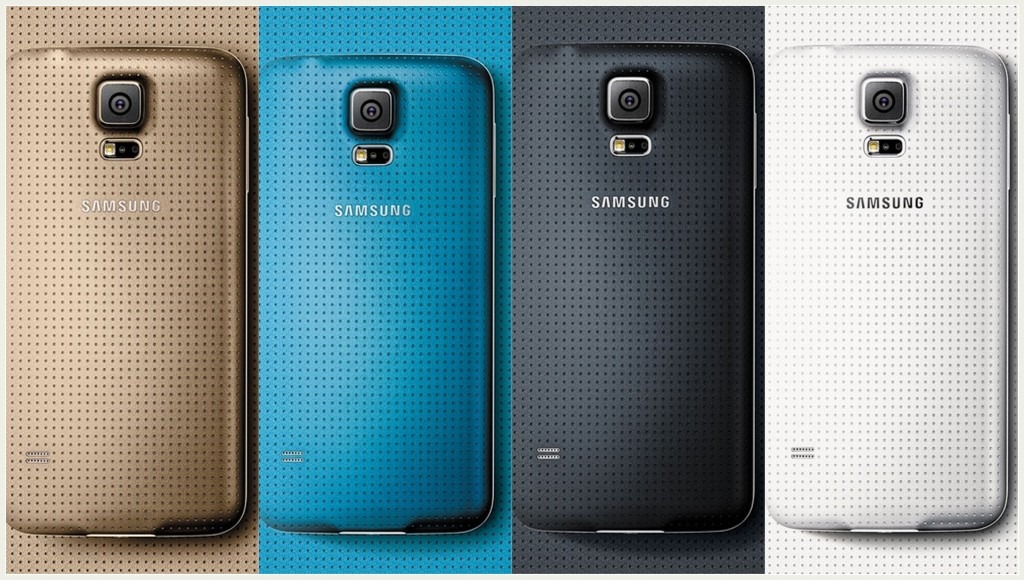 Display
The all-new Samsung S5 is a mere 0.1″ larger than the original S4, and features a 5.1″ FHD Super AMOLED screen with an identical resolution of 1920 x 1080 pixels. However, the size can’t really be knocked. The original 5″ was plenty, and a display screen any larger may have eliminated the sleek exterior of the Samsung Galaxy models. With both the S5 and S4, you can rest assured that you will become immersed in a truly impressive, mobile experience.

Operating System and Processor
The S5 features the Android OS version 4.4.2 KitKat, more updated than the S4 OS – Android 4.2.2 Jelly Bean. However, it is worth noting that the S4 OS can be upgraded to the same KitKit version as the S5, so you won’t have to miss out.
When it comes to the processor, the S5 is fitted with the Qualcomm Snapdragon 801 Chipset, offering Quad-core 2.5GHz speeds, faster than the S4’s Exynos 5 Octa chip set with Quad-core 1.6 Ghz speeds, giving you smoother functioning and faster running on the S5.

Camera
The S5 features a 16MP primary camera, 3MP higher than the S4. And has a higher pixel resolution of 5312 x 2988 pixels, compared to the 4128 x 3096 of the S4. However, both the primary cameras of the S4 and S5 have similar features – Dual Shot, Simultaneous HD Video and Image Recording, Geo-tagging, Touch Focus, Face and Smile Detection, Image Stabilisation and HDR. Although similar, you will discover the super fast Auto Focus Shot on the S5 really stands out. Finally, when it comes to the secondary cameras and video, both models are near-on identical with 2MP cameras, and also video cameras with video stabilisation and dual-video. 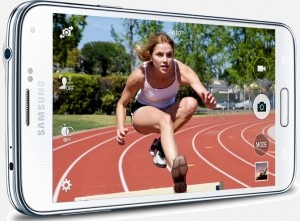 Weight and Dimensions
The new S5 is larger than the S4 by just 5.4 x 2.7 x 0.2 mm, and weighs 15 grams more, however this is justifiably due to the slight increase in screen size.

New S5 Special Features
The Samsung Galaxy S4 has 3 special features that make it stand out from the S4:
1) Durability: The S5 may look like a delicate smartphone, particularly with such a large, shiny screen, but this is far from the truth. The S5 has unexpected, hidden talents. The S5 is IP67 Certified and thus is resistant to sweat, rain, liquids, sand and dust. From dips in the washing up bowl, split drinks and sweaty palms, to the ever-sunny English weather, the S5 can definitely withstand your daily life.

2) Fingerprint Sensor: With a fingerprint identity sensor, security and personalisation has gone a step further. Not only can you unlock your S5 with your finger, and forever banish embarrassing Facebook hacks, but you can also pay via PayPal with a swipe of your finger. And when purchasing content with Samsung services, you can use your fingerprint instead of entering your Samsung account password for easy, speedy shopping when you need it.

3) HR Monitor: The S5 is the first smartphone with a built-in Heart Rate Sensor. This sensor allows you to measure your heart rate directly on your phone. To use the monitor, you simply place your finger on the back of your S5 and measure away. This is potentially a great feature for those of you who live an active lifestyle. But is not as significant for those of you who like to spend your days with Netflix and an extra large pizza.